A dungeon-crawler type game in the style of Diablo or Path of Exile, but whose gameplay can be influenced by spectators voting for certain effects to occur in the game (providing the player with special arrow types, harming the boss, healing the player). Effects can be beneficial to the player, detrimental, or simply require a change in player strategy in order to defeat the boss.

Designed in collaboration with Christopher Hyunh and Bianka Kovacs.

Built in Unity, specifically with an integration to the Mixer streaming platform.

The prompt was to create a game based on two randomly assigned verbs – The player must perform those two verbs in a game, and the two verbs must relate to each other during the play.

In Somnambulist, the player is navigating through a dark maze. You must solve and unlock glyphs on the wall in order to either provide yourself the necessary light to stay awake, as well as open doors to progress through the maze.

Brendon LeCount and I collaborated on the high level game design. I also implemented the logic for solving the grid glyph. 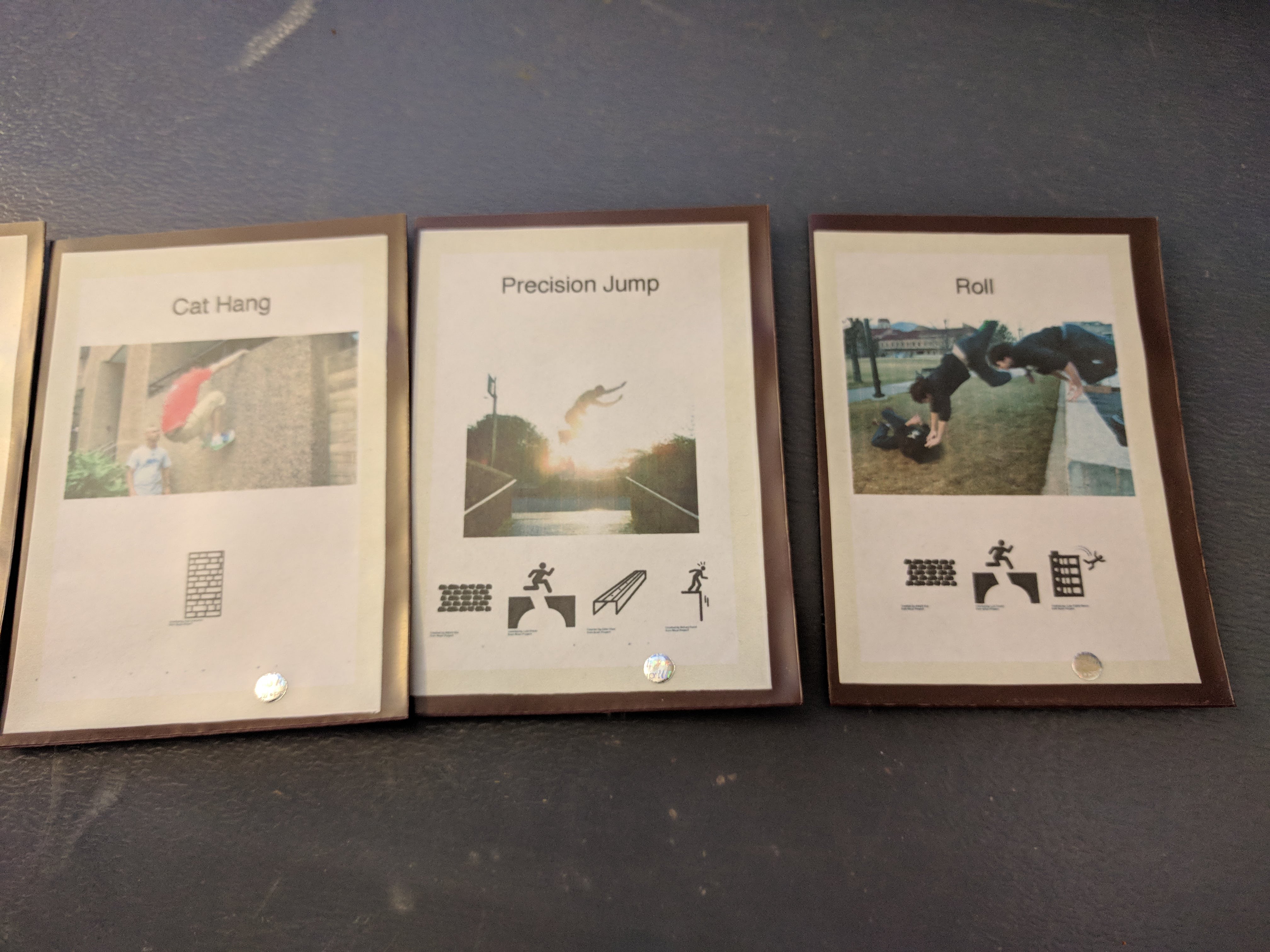 Early prototype of a card game based on the sport of parkour. Players regularly draw a set of moves that they can use to surmount obstacle cards played by a rotating Route player.

Rough prototype of an internal project while employed by The Engine is Red. A software application that manages projects divided up into stages, and staffed by specific team members at various levels of commitment (measured in FTEs, or “full time equivalents”)

Wrote the front-end styles, markdown, and server-side logic based on designs from product designer. This is a project of Bright Funds, and I worked on it as an employee of Bright Funds.

My name is Terry Carroll-Beyak (no offense to my mother but that url would have been too long), I am a software developer with Bright Funds in Oakland, CA.